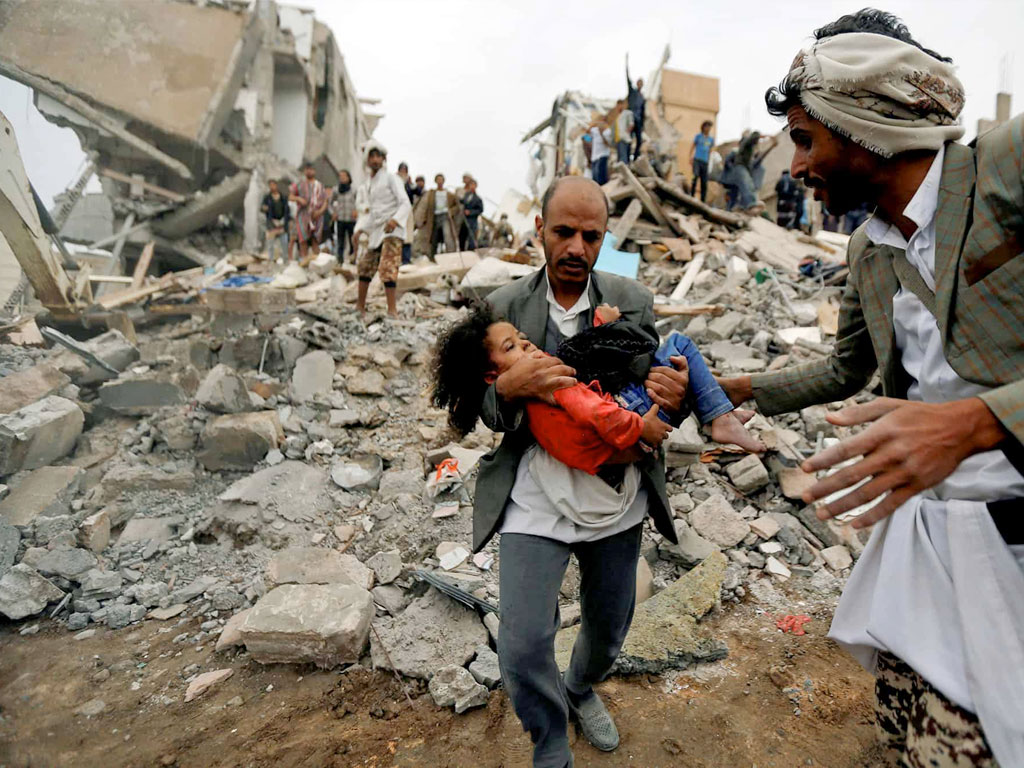 Posted at 14:11h in Uncategorized by draindrop 0 Comments
0 Likes

Yemen has been crushed since 2015 by a brutal war led by US backed Saudi forces against Houthi rebels in the country. The war was initiated in March of 2015 as a response to the Houthi rebels taking the capital city of Sanaa, marking the overthrow of the old regime and the declaration of a new government. The conflict has proven to be protracted, and violent and combined with shipping embargos and the destruction of Yemen’s infrastructure, the war has developed into the world’s worst humanitarian crisis.

This past October U.N. humanitarian chief Mark Lowcock warned the U.N. Security Council that at least 14 million Yemenis – almost half the population – are on the verge of famine and that more than 3 million have fled their homes as a cholera epidemic rages while thousands have died of preventable diseases. Save the Children found that between April 2015 and October 2018 about 84,701 Yemeni children under the age of 5 have died of untreated cases of severe malnutrition.

The US has maintained a stream of weapons sales to Saudi Arabia in the midst of the war, with bombs made by American companies such as Raytheon and Boeing being linked to strikes on civilian sites. Our country is complicit in this immense suffering and prolonged violence in the region.

We call for the US government to immediately halt its military support of Saudi Arabia’s war on Yemen. We call for diplomatic channels to be facilitated as a first step towards a peaceful solution in Yemen. We also insist that the US devote help through humanitarian aid to the region to end the immense wave of starvation and suffering that Yemenis are experiencing.

Weapons destined for Saudi Arabia, ultimately to be used against the people of Yemen, are being loaded onto ships in Baltimore.  Other cities around the world have refused to load these ships with munitions.  We are working to prevent Saudi ships from being  loaded with munitions in Baltimore. 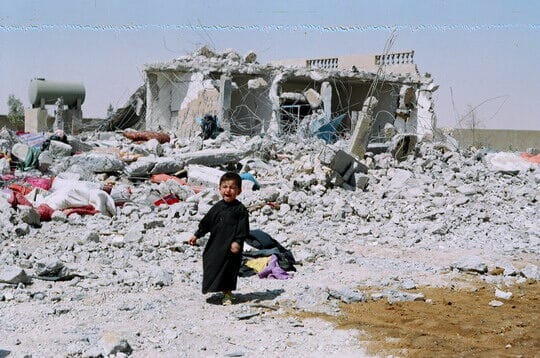 Peace Action has long advocated alternatives to war for addressing conflict and the threat of terrorism. In the 21st century, U.S. militarism has done more to fuel terrorism than to suppress it, bolstering the recruitment narratives of extremist groups like ISIS and al Qaeda, and contributing to the economic and
political instability that allows these groups to flourish. While the U.S. military campaign against ISIS has had battlefield successes, it has also killed thousands of civilians, destroyed civilian infrastructure, and increased the risk of conflict with other nations.

In Iraq, the U.S. invasion created a power vacuum and widespread resentment of the U.S., creating the conditions that allowed ISIS to rise to power. While some have credited the withdrawal of our forces from Iraq in 2011 as the main factor in allowing ISIS to spread, the initial decision to invade, along with our insufficient focus on political reconciliation after the war, are largely to blame.

In Syria, the Obama administration argued that operations against ISIS were covered under the 2001 war authorization, a dubious assertion at best given that the authorization was supposed to be about bringing justice to those responsible for the 9/11 attacks. But President Trump’s attacks against Syrian government forces and their allies since taking office have no basis in U.S. or international law. As ISIS is pushed from its strongholds in Syria, the U.S. is increasingly at odds with a multitude of forces and nations with conflicting interests. Along with ramping up airstrikes and loosening the rules of engagement, leading to a sharp rise in civilian casualties, the Trump administration has been stumbling into a larger conflict in Syria that could lead to all out war with the Syrian government, as well as conflict with Iran and Russia.

Like the other U.S. conflicts in the Middle East, diplomacy is the only path to sustainable peace in Iraq and Syria. The U.S. should recommit itself to diplomatic efforts to end the Syrian civil war and reach a political solution to return stability to the war-torn country. We should also work to facilitate the delivery of humanitarian aid to those in need, and plan to invest in rebuilding Iraq and Syria’s devastated infrastructure.

6/6/21: The US has pulled out of Afghanistan, or at least we’re being led to believe so. Or perhaps the July 4th withdraw is more “Mission Un-Accomplished” pageantry to be followed by ever more secret and entangling operations.

What began in 2001 as an effort to target al Qaeda evolved into a struggle against the Taliban, and if 20 years of war there has taught us anything, it’s that the conflict has no military solution.

Trump’s term saw escalation in Afghanistan. He decided to allow the Pentagon to set troop levels in Afghanistan and elsewhere, and escalated the U.S. air war, even dropping, in 2017, the so-called Mother of All Bombs, the largest non-nuclear weapon in the U.S. arsenal, in Afghanistan.

But though ground troops have pulled out, it is clear that the US is not done pursuing their interests and intervention in Afghanistan. Note the request for $10 billion to increase air operations in neighboring countries; this leg of the endless war is the “Over the Horizon” strategy of continued bombings and air raids, now from a more awkward and expensive (and fuel-intensive!) vantage point.

Maryland Peace Action held a webinar where further illumination on what a continued war will look like, including the conversion to more contracted and covert operations, ones without oversight or public discussion. Check out the video below for perspectives from Fahima Gaheez of the Afghan Women’s Fund and retired military officer and resigned state department official Matthew Hoh. 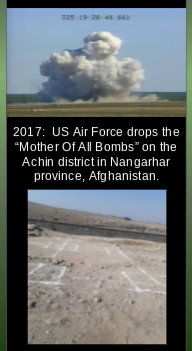