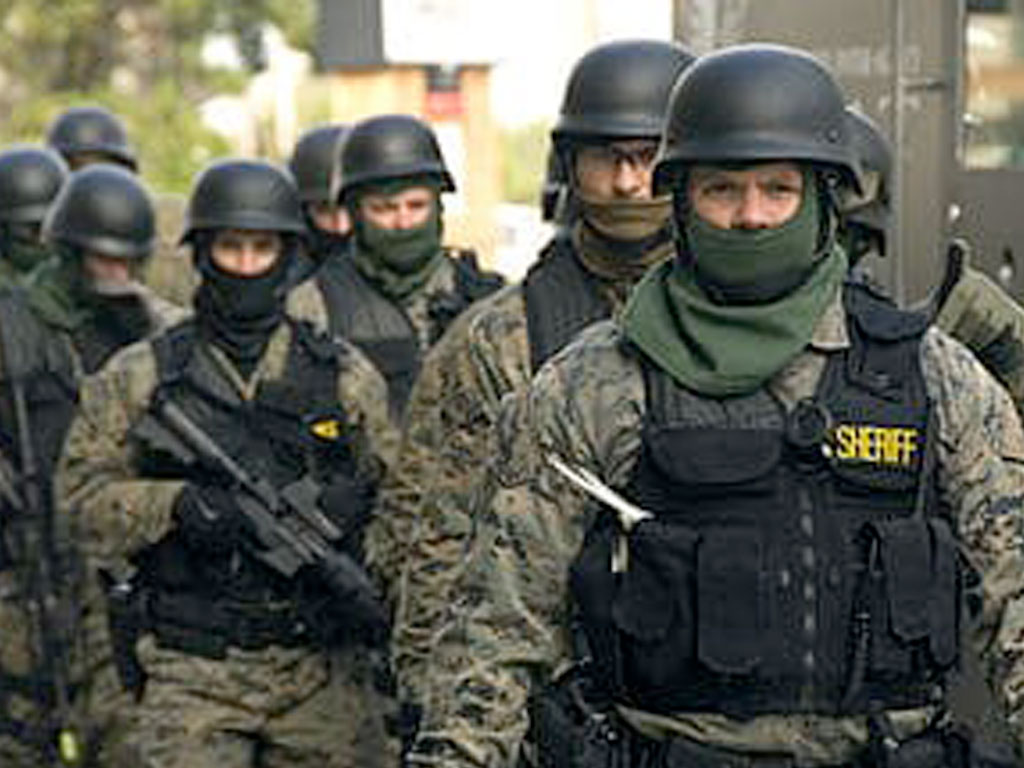 Posted at 06:40h in Uncategorized by draindrop 0 Comments
0 Likes

Police and Pentagon Are Bringing Our Wars Home

From Kabul to Atlanta and Baghdad to Minneapolis, we need to end systemic racism and the militarism that makes it even deadlier 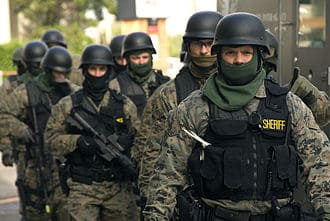 From Kabul to Atlanta and Baghdad to Minneapolis, we need to end systemic racism and the militarism that makes it even deadlier

Uniformed U.S. soldiers occupied the center of the city, where an armored personnel carrier was stationed at a major intersection. Was it Kabul or Atlanta?

A U.S. military helicopter hovered over crowds of unarmed civilians, its down-drafts whipping debris and broken glass into their faces. Was it Mogadishu or Washington, D.C.?

Armed, uniformed men surrounded unarmed civilians. One of them shouted “light ’em up” and began firing projectiles. Was it Baghdad or Minneapolis?

Armor-clad, armed U.S. officers targeted and fired on journalists. Was it Iraq or Louisville?

In every case, it was both. Thanks to years of hyper militarization, American police departments are recreating our global war zones here at home. With these weapons on our streets, our history of structural racism becomes that much deadlier.

It’s shocking, but it’s not the first time. When a police officer killed 17-year-old Michael Brown in Ferguson, Missouri, in 2014, an armored personnel carrier stalked the agonized protesters who filled the streets.

Throughout U.S. history, policing has always been bound up with racism — and the military.

Organized police forces in the United States trace their roots to the slave patrols organized to capture and return enslaved people who managed to escape bondage.

After reconstruction, when a pandemic of lynching spread across the country, police stood by and in many cases initiated or assisted the kidnapping, torture and murder of people in their custody.

In the 1950s and ’60s, brutal police attacks against civil rights activists and African Americans trying to register to vote continued the pattern. So did police and National Guard violence against antiwar protesters at Kent State, Jackson State, and the Chicano Moratorium in Los Angeles in the 1970s.

This militarism at home is linked inextricably to U.S. militarism abroad. The troops that Trump called in to deploy against protesters in Washington, for example, had just returned from duty in Iraq.

Today’s “global war on terror” is less visible than in earlier years. But those wars continue — and it’s mostly black, brown and Muslim people who die. Civilian casualties caused by U.S. bombing in Afghanistan, for instance, were higher last year than at any time in the 20-year-long war.

The Rev. Dr. Martin Luther King Jr. linked systemic racism and militarism as two of the three evil “triplets” he was committed to end. Yet that linkage remains a hallmark of U.S. policy in general — and of the militarization of police in particular.

Local and state police departments across the country do not ordinarily include budget lines to buy armored personnel carriers. But under a once-invisible program known as 1033, the Pentagon offers “surplus military equipment” free to any police agency requesting it.

And if the good people of North Little Rock don’t really need armed robots, well, they’ve got them anyway.

Does all that military gear make police officers more likely to act like occupying armies? We can’t say for sure, but we do know the relatively small town had two officer-involved shooting cases during one two-week period this spring.

“When the government equips police departments like they’re equipping the military, we undermine healthy relationships between the police and the community,” explains Equal Justice Initiative director Bryan Stevenson. “We have created a culture where police officers think of themselves as warriors, not guardians.”

From the beginning, the Poor People’s Campaign — a national mobilization of poor and working-class Americans — has made ending the 1033 program a centerpiece of its demands.

Rather than tinkering around the margins, we need to end systemic racism and the militarism that makes it even deadlier — from Kabul to Atlanta and Baghdad to Minneapolis.

Read another article, Abolish and Replace: Ending the Militarization of Policing in America