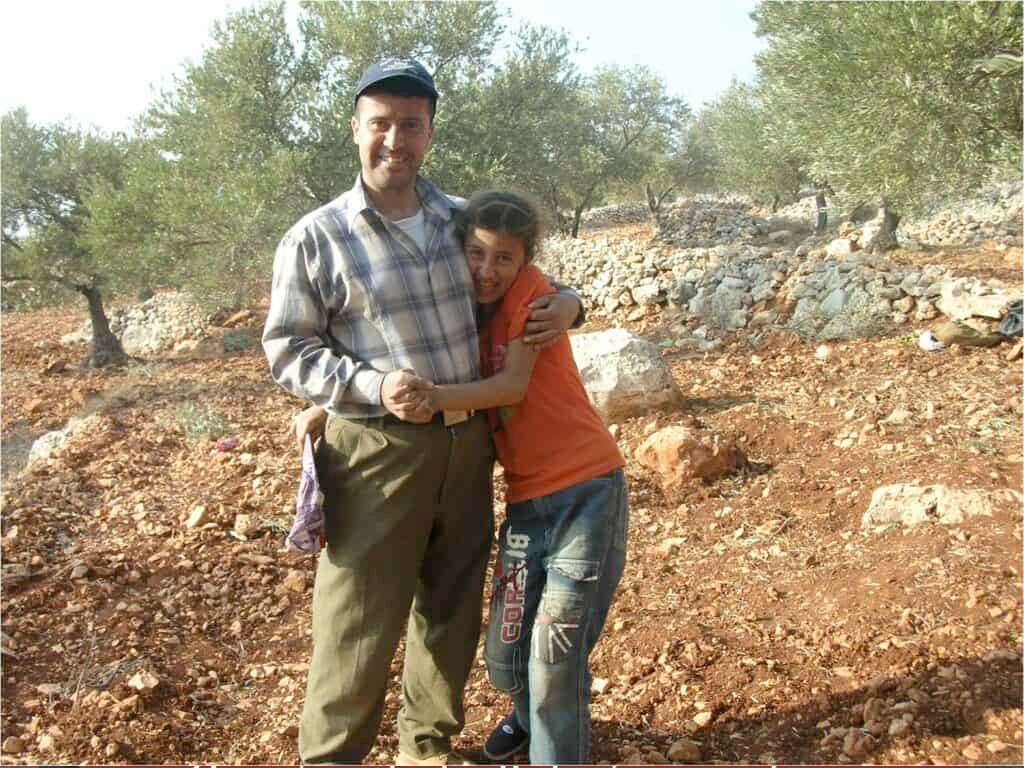 Posted at 12:05h in Uncategorized by draindrop 0 Comments
0 Likes

Father and Daughter During Olive Harvest in Occupied Palestine

Disarmament. Israel’s nuclear weapons threaten its neighbors and make it difficult to promote a nuclear-free Middle East. The ongoing militarization of the region drives a dangerous arms race.

Military budget. Israel receives more U.S. military aid than any other country. U.S. weapons help Israel avoid compromising with Palestinians and its neighbors. Reducing military aid to the region will reduce tensions there and will redirect funds for human needs here. The U.S. should encourage changes in Israeli policy by tying financial aid to Israel ending the
Occupation.

Ending wars and preventing new ones. Israel’s continued advocacy of a military strike on Iran keeps the region on edge and is the main driver of a threatened U.S.-Iran conflict.

Diplomacy instead of militarism. Sustained diplomatic efforts to end the Occupation are essential to resolving the Israel-Palestine conflict and can serve as a model for broader regional efforts. U.S.-supported occupation and continued settlement expansion in the West Bank sets Israel and the U.S. at odds with the entire Arab people and isolates the U.S. from world public opinion. Addressing these issues diplomatically would lead to a safer, more peaceful Middle East.

Maryland Peace Action will work to promote sustainable peace with justice in Israel/Palestine by supporting peacemakers in both communities and by pressing for an end to military aid to the Israeli government while Israel maintains the occupation.  We will provide support to the Boycott, Divestment and Sanctions movement, to pressure Israel to end the occupation.